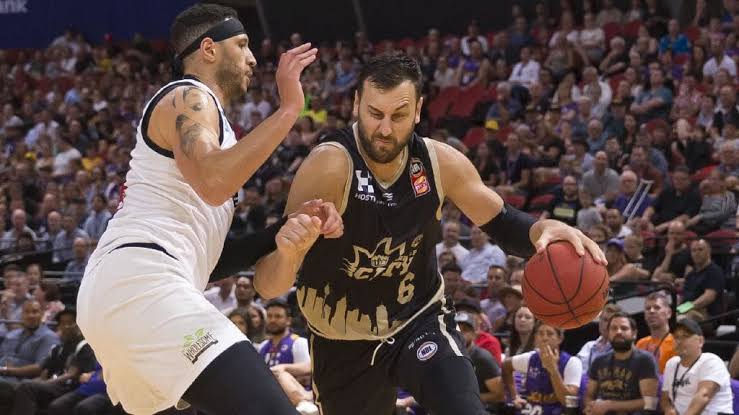 SYDNEY and MELBOURNE’s clash on Sunday afternoon headlines numerous enticing matchups for Round 9. We take a look at the five games across this weekend.

The round opens with Cairns hosting United in a rematch of their epic Round 4 encounter. At the time, United had just broken through for its first win of the season earlier in the round, but they would find themselves in the lower reaches of the NBL ladder when they fell to a resurgent Taipans outfit by five points, with the win being only the Taipans’ second of the season at the time. Now, United sit third on the table with seven wins and are undoubtedly the in-form team of the competition. Melo Trimble has well and truly found his feet in the United rotation and will be out to exact revenge against his old side. For the Taipans, they have been terribly unlucky to only have the four wins next to their name, but they only sit one win outside the top four. D.J. Newbill put in 27 points against the Hawks last round and his side will be hoping for a repeat effort if they stand a chance to end United’s winning run.

The Breakers and the Hawks will go toe to toe on Saturday night in Auckland. Both sides currently sit in the bottom two on the NBL ladder, but both have shown far greater potential than their ladder placings suggest. New Zealand thrashed Illawarra in the sides’ Round 2 encounter, with the Breakers prevailing by a whopping 31-points on their home floor. But with that win being only one of two so far for the season, they’ll be desperately hoping to repeat that performance. RJ Hampton is having a strong season so far while Sek Henry is starting to find his own in the Breakers’ lineup. For the Hawks, LaMelo Ball is not only the talk of the NBL fraternity, but also of the basketball world. His triple double performance on Monday night against the Taipans in overtime was one of the performances of the season so far, and truly shows how much he has taken the Hawks under his wing since the loss of Aaron Brooks to a season-ending Achilles injury. If Ball can continue his recent strong form, then the Hawks may be able to atone for their poor Round 2 performance against their rivals this weekend.

In what shapes up as one of the matches of the round, South East Melbourne escape their home state for only the second time this season as they travel up to Brisbane to face a determined Bullets outfit. The Phoenix have played a staggering seven of their first ten games as a new club at home this season, with their only game away from Victoria resulting in an embarrassing 31 point humiliation in Perth. They are currently on a three-game losing streak, which was compounded by a four-point defeat to the top-of-the-table Kings last weekend. Mitch Creek, who has surged into MVP contention, and John Roberson will need to have strong performances if the Phoenix stand any chance of ending their losing run. For the Bullets, a last-gasp put back from Lamar Patterson gave them a 2-point win over the 36ers last Saturday night. The win sees them still sit behind the Phoenix and 36ers on the ladder, but a win over the Phoenix could propel them into the final spot in the top four. In order to make that happen, Nathan Sobey and EJ Singler will need to aid Patterson if they stand to add more misery to the Phoenix’s recent run of matches.

The Kings host United in what is undoubtedly the most anticipated match of the round. In their only previous clash this season, United prevailed by three points back in Round 5, ending the Kings’ unbeaten start to the season and is still the only loss the Kings have suffered this season. And with both sides on four and six game winning streaks, respectively, this game shapes up as a mouth-watering matchup that should go the distance. The Kings are coming off a tense four point win over United’s cross-town rivals South East Melbourne, with Jae’Sean Tate and Casper Ware leading the way. For United, this match is their second away game of the weekend after they travel to Cairns on Friday night. From whichever angle you look at this game, it looms as being an epic, with the state rivals’ second match potentially eclipsing their first one.

Perth will be out to keep their current second spot on the NBL ladder when they host the 36ers on Sunday afternoon. The Wildcats suffered their fourth loss of the season and a second at the hands of the Taipans last Saturday night. Despite leading by 10 points heading into the final quarter, they faltered in the final term to fall by seven points. Clint Steindl and Nick Kay led the scores, while Bryce Cotton was kept relatively quiet. Cotton will be looking to bounce back strongly against the 36ers. Adelaide let go of a win against the Bullets on Friday night, before bouncing back on Sunday to prevail strongly against the Breakers. Jerome Randle and Anthony Drmic led the way on both nights, while Michael Harris had a breakout performance on Sunday to help them bounce back. All will need to be at their best if they stand a chance at taking out the Wildcats on their home floor.