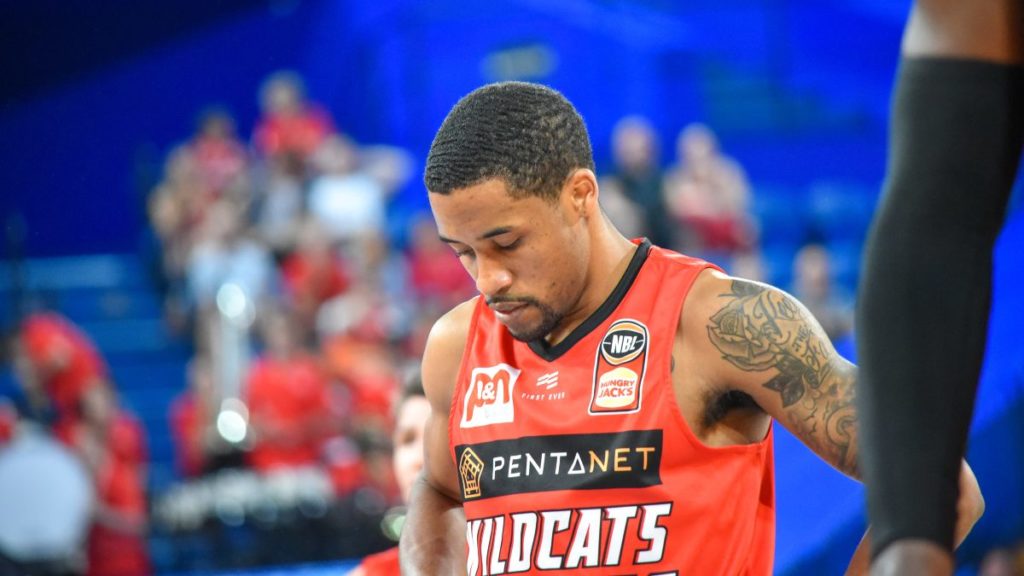 ARCH rivals, Melbourne United and Sydney Kings will create plenty of interest in the National Basketball League (NBL) Round 11, while Cairns Taipans hope to keep the streak going in a double-up effort against Perth Wildcats and South East Melbourne Phoenix.

Round 11 again opens in Cairns with a mouth-watering matchup between the two in-form teams in the league, the Taipans and the Wildcats. The Taipans look to make it four in a row after two big Round 10 wins against the Breakers and the first-placed Kings. Taipans stars DJ Newbill and Scott Machado were huge in both victories and will be looking to continue their form as the season passes the halfway point. Majok Deng also put up big numbers, dropping 20 off the bench against the Breakers. The Taipans have shot over 50 per cent in both games and will need to continue their efficiency again to topple a red-hot Wildcats. Perth are also coming off two Round 10 wins with one coming against the Kings. The usual suspects Bryce Cotton and Boomers star Nick Kay were key to both victories with two 20-plus point games and two double-doubles respectively. Both the Taipans and the Wildcats have been hot from the bench and will need to continue to score deep into their rosters. The key matchup will be between the two guards in Cotton and Machado. Cotton was able to hold Kings star Casper Ware to 20 per cent from the field in their victory and will be looking to do the same tonight to force Machado to pass the ball, as he averages just under three turnovers a game. This matchup beckons to be a tight contest, starting off Round 11 in an exciting fashion.

NBL action returns to the Adelaide Entertainment Centre as the 36ers look to drop the South East Melbourne Phoenix in this Friday night matchup, with both teams looking to break into the top four. The 36ers lost their Round 10 match against a rampant Melbourne United side after suffering a 16-point quarter-time deficit they could not come back from. Eric Griffin came off the bench again but played starting minutes to combat Shawn Long. They each dropped 34 points in a classic battle in the paint which left nothing to be desired. With only three other players getting into double digits in points, the 36ers will look for improvement from star forward Daniel Johnson who did not make an impact against Melbourne in his 21 minutes of game time. The rebound deficit given up by the 36ers will have to tighten up again on Friday as Melbourne scored a whopping 29 fast-break points from their extra 11 defensive rebounds. The Phoenix suffered a loss at home to the Wildcats despite 31 points from marquee player Mitch Creek and a double-double from league veteran Ben Madgen. Luckily for the 36ers, the Phoenix also gave up a huge rebound deficit as small-ball with Creek at the four-slot did not pay off on the glass. Having won just one game out of their last five, you can expect the Phoenix’s big names to step up, including John Roberson who will have his hands full against 36ers leading scorer Jerome Randle in a salivating matchup between two of the league’s most dynamic point guards.

The Sydney Kings travel to Melbourne for their third blockbuster matchup of the year with league rivals Melbourne United. The Kings look to extend their lead on top of the ladder, as Melbourne attempt to claw back wins after a poor start to the season. Melbourne enjoyed a blowout victory against the 36ers on the back of a monster 34 point and 15 rebound masterclass from Long. With typically even contributions from the rest of the roster, Melo Trimble enjoyed a solid night shooting the ball and Casey Prather produced a season-high for points in his injury-interrupted season. Trimble continued to push the pace on offence as United recorded 29 fast break points in a victory they will be looking to back up on Saturday evening. Inversely, the Kings are looking to bounce back from two poor Round 10 losses. The Kings shot just 39 per cent from the field against the Wildcats, an effort they improved in their second Round 10 match but also one they can not afford to do again against this experienced and rampant Melbourne side. Expect Ware to put on a show against his old side, although the matchup to watch will be in the paint between Long and decorated home-grown superstar Andrew Bogut. Both men will be looking to assert their position as the league’s most dominant big man. New signing Xavier Cooks is also a name to watch as he is expected to make his first appearance for the Kings this season.

Perth make their second appearance in Round 11 as the Brisbane Bullets make arguably the toughest road trip the NBL has to offer. The Wildcats will be facing a fresh Bullets roster who are looking to start the second half of the season strong as they try to work their way up from seventh on the ladder. Cotton and Kay will be looking to continue their strong form in the season as they look for some more big performances from Terrico White. The Bullets will be disappointed with their season so far, however, a cross-country trip is a good opportunity to turn their season around. They will be riding on the coattails of forward Lamar Patterson who is coming off a monster 36-point effort off the bench in their loss to the Breakers. Coach Andrej Lemanis will be looking to guards Nathan Sobey and Jason Cadee to lift and control their offence after some quiet Round 10 performances from their standards. The matchup to watch tonight will be between Cadee and Cotton, with Cotton so often being the barometer for this Wildcat’s side, Cadee and his stringent perimeter defence will have his work cut out for him.

The 36ers travel across the Strait to face the Breakers in New Zealand in what beckons to be a chance for 36ers to begin their finals assertion. The Breakers won one out of their two Round 10 match-ups but will be without Glen Rice Jr after he was released by the club due to a breach in bail conditions. A strong contributor in their loss to the Taipans, the Breakers will look elsewhere for some big numbers. Corey Webster and Tom Abercrombie were the leading scorers in their win against the Bullets but will need consistency in the back end of the year from starters like RJ Hampton and Scotty Hopson in order to string some wins together. The 36ers will play their second game of the round and will be hoping for some increased output from Johnson, so they can continue to eye in on the top four. The matchup to watch will be the battle of the big men again as the physicality of both Rob Loe and Johnson will be something to admire.

In both these sides’ second game of the weekend, South East Melbourne Phoenix host the much-improved Cairns Taipans at Melbourne Arena on Sunday evening. The two sides are yet to play this season, and have had somewhat differing formlines, with the Phoenix only winning one of their past five matches compared to Cairns’ three-game winning streak. Creek emerges as the player for the Taipans to try and nullify, averaging 22.2 points, 7.1 rebounds and 3.9 assists per game this season. Along Robertson and Madgen, Dane Pineau has been a starter every week, putting up 7.7 points and 7.3 rebounds per game. Youngster, Kyle Adnam has also been gaining valuable minutes coming off the bench in all of the 12 games thus far this season. While Machado has been a playmaker in the forward half with 15.4 points, 3.6 rebounds and 8.4 assists per game, Cameron Oliver has been the crucial big man off the boards with 7.9 rebounds to accompany his 15.2 points per game.

Illawarra Hawks enter the weekend’s game with the longest break, having to wait until Monday night for a fixture against the reborn Melbourne United.  The Hawks are without LaMelo Ball until the New Year, and with Aaron Brooks also missing for the entire season after an early season injury, it is hard to see Illawarra mounting a comeback for finals. They are home here, with a 2-4 record thus far in 2019/20, while Melbourne has only won two of its four games on the road. If Illawarra can steal the points then it will put the Hawks within striking district of New Zealand in eighth. For Melbourne, this is simply a must-win with the top two creeping away and the mid-table log-jam battling for the best possible spot on the table. These teams are yet to play in season 2019/20, with United’s 113-89 win over the Hawks in January the last time they went head-to-head. In the absence of Ball, the Hawks will need Todd Blanchfield and AJ Ogilvy to stand up, being the next two biggest performances. For United, Trimble has been getting better by the week for his new side, averaging 22.1 points per game, Long’s impact across the season (19.6 points, 9.6 rebounds) cannot be understated. After his 300th game last weekend, Chris Goulding is another clever veteran the Hawks must find a way to contain.