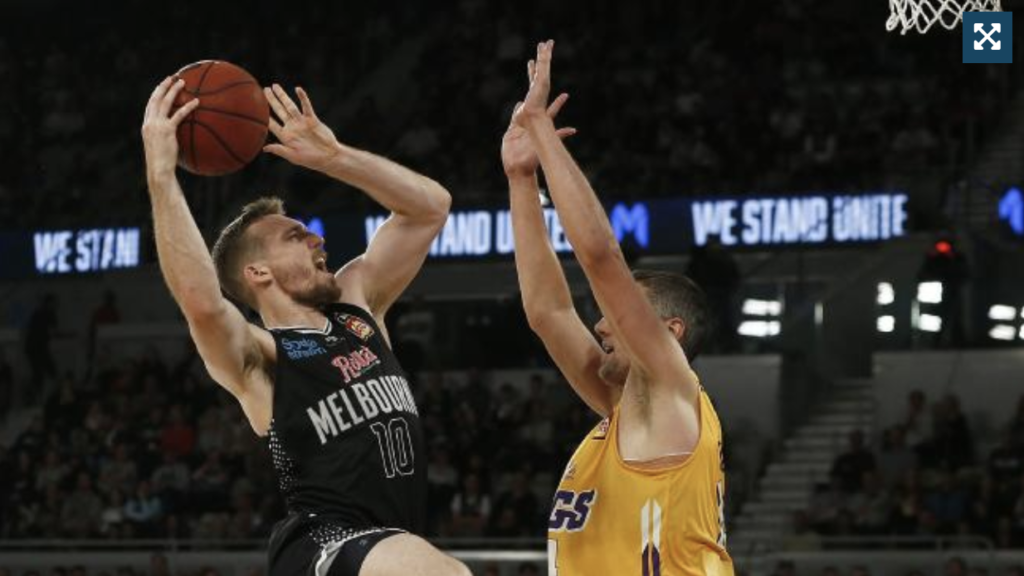 MELBOURNE United will be ruing their last quarter stumble less than two days ago in their best-of-three series against the Kings, and as a result are down to their final chance as they host their New South Wales rivals at Melbourne Arena.

Despite leading by as much as 16 against the minor premiers with less than a quarter to play, the heroics of Didi Louzada, Casper Ware and Xavier Cooks were to blame for their seven minute collapse and Melbourne’s head coach, Dean Vickerman, was adamant the atmosphere and late game tempo were the main factors for his side’s regrettable defeat.

“I thought what changed the game was the pace they started to really push,” Vickerman said post-game on Saturday night. “They felt like we bogged them down in the half-court, so they really grabbed it out of the net.”

“I think [Brad] Newley was a factor in just really changing the pace of the game the way that he was attacking,” Vickerman added. “I thought for the last five minutes we probably slowed our attack to get started in our offence.”

The main takeaways from Game 1, for United was that if you can slow down Sydney’s fast-break attack, they become slow to get to the basket and distant from the perimeter. While the Kings will try to remedy these holes in their game plan, a huge amount of credit falls to Shea Ili. The guard’s first season in the black and white has been one of defensive prowess and neutralising star players, and Game 1 was no exception. Ili held Ware to a mere seven points in 31 and a half minutes of court time, in what has been hailed as one of the best defensive performances of the season. It will come down to Ware if his fortunes will change in Game 2 and possibly in a grand final series.

Heading back to Melbourne Arena is a welcoming prospect for Melbourne guard, Melo Trimble, as he is confident the backing of the United loyal will be the kick his side needs to get his side over the line despite losing game one.

“[Game 1] was very disappointing, but it’s a series,” Trimble said post-Game One. “I think we’ve figured out how we’re gonna play our defence and a lot of shots didn’t fall.”

“I feel like on Monday, at our house, with our fans behind our back we’ll be a different team, a better team.”

While Melbourne seems to have the Kings’ main offensive tactics locked down, players like Cooks (six points and nine rebounds) believe that having the right mindset is what makes great teams great.

“When we’re down, bad teams start to doubt themselves,” Cooks said, “we never start to doubt ourselves, we stay with it, we put our front foot forward and we took over the game when it mattered.”

What the Kings need to think about heading to Melbourne, is that the home crowd is raring to back their team. This in turn means, that Ware needs to find space if the Kings are to have any chance of stealing a win on the road. To be able to do this, other players need to step up further and Ware himself needs to shoot better than he did in game one (3-14). In addition, while small forward Jae’Sean Tate performed well in Game 1 (23 points and five rebounds), it’s Sydney’s frontcourt that needs to improve around the rim.

Kings big-man and former league MVP, Andrew Bogut, was not as effective as he has shown previously, leaving Qudos Bank Arena with just eight points thanks to the presence of Melbourne’s Shawn Long and Jo Lual Acuil. While Bogut’s work on the boards for the Kings has been nothing short of valuable, averaging close to nine rebounds a game, more consistency on second chance points would go a mile for his side as the veteran only averages eight points a game.

We will see tonight if Melbourne really does have a hold on Sydney’s offensive schemes, or if Sydney has a trick up their sleeve to put away their long-time rivals. Nevertheless, one thing is for sure, if Sydney is to silence the Melbourne crowd, an explosive first five minutes is required.