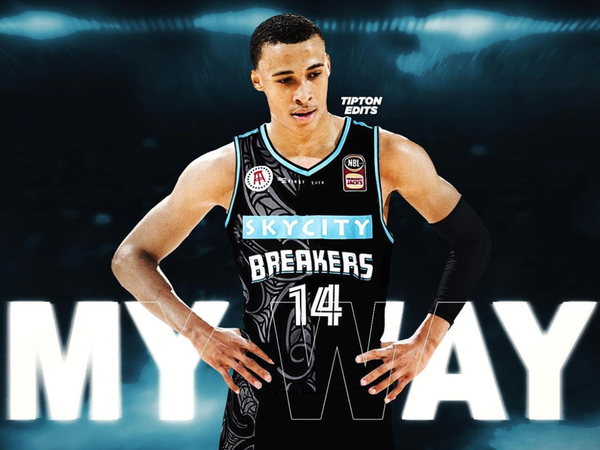 THE National Basketball League (NBL)’s sole team across the Tasman is looking to improve on its sixth place finish last season, with the New Zealand Breakers picking up a highly rated American teenager. They also lost a number of players from last year including their top two points scorers, with the team looking vastly different on the court in 2019/20 with a number of international hopefuls.

The Breakers had a couple of standout shooters with Shawn Long controlling the centre with his 208cm and 112kg frame allowing him to post up 512 points for the season, as well as a massive 43 blocks. Tai Wesley was not far behind with the other towering forward shooting 405 points and teaming up with Long off the boards with a team-high 97 assists to boot. Others who produced some good minutes were Jarrad Weeks and Corey Webster, while young talent Finn Delany showed he has a bright future becoming a crucial part of the Breakers’ rotation. With Long, Wesley and Shea Ili all departing the club, Delany could step up and become a mainstay in the starting side. The Breakers finished the season with a 12-16 win-loss ratio but still finished with a positive percentage showing their ability to compete in most games and stand out with strong defence and offence. While they were ultimately not as deep as some of the top sides, they were far from the worst with the Breakers causing a number of headaches for the highly fancied sides throughout the season.

RJ Hampton joined the Breakers as part of the Next Stars Program, bypassing college to get a taste of senior basketball action Down Under. He is one who will attract plenty of onlookers from fans both in Australia and the United States, as well as prospective National Basketball Association (NBA) scouts for the 2020/21 NBA season. Along with Hampton, the Breakers have brought in Rob Loe from Cairns to join the likes of Delany, Weeks and Webster who will look to continue their strong form this season. While they will have a vastly different rotation in season 2019/20, they will be able to try out quite a few new combinations to try and find the success they crave.