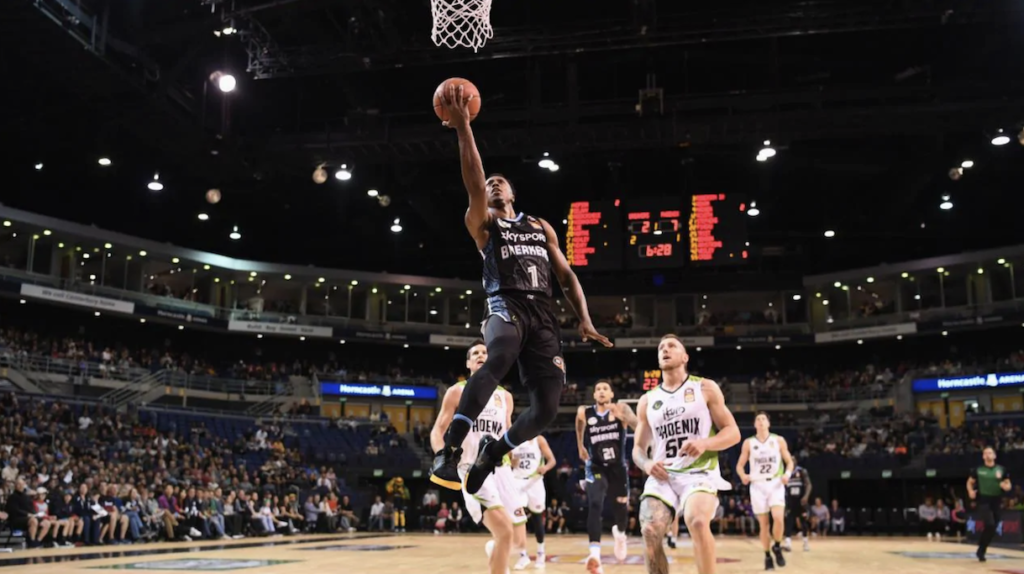 MUCH like the 36ers of the 2018-19 season, the Breakers were keen to make amends for their failures from the previous season. The administration of the club saw that the best way to undertake their season objectives was to rip up the carpeting and make an abundance of signings in the preseason stages.

Not a bad finish

The Breakers would be slow to get off the ground early on in their campaign, as they would lose both of their opening games to the Kings in Round 1. Luckily for New Zealand though, the Breakers would host the bottom-of-the-table Hawks on their home court to put their best foot forward, demolishing Illawarra 103-72 in Round 2. But this is where it would all start to go downhill for Dan Shamir’s side.

Following an altercation at a bar, marquee import signing Glen Rice Jr would be arrested by Auckland police, which in turn would lead to his and the Breakers decision to part ways. The Breakers would accumulate a detestable 4-10 record at the midway stage of the season, which would entail losing eight out of their first ten matchups, signifying that not much was going the way of the Breakers organisation. Furthermore, this bad run of games was marred more by the injuries of important individuals such as Finn Delany, Rob Loe and Scotty Hopson. The most devastating event during the first half of the Breakers season, struck the heart of every New Zealand basketball fan, as long-time team manager Fata Letoa would unexpectedly pass away.

As the next half of the season began just a few days before Christmas, a hard-fought win against the Phoenix started to shift the tide across the Tasman. As a result, a solid five-game winning streak would arise for the Breakers and suddenly they were one victory off the .500 mark with nine games remaining. Next up, back-to-back losses to the Taipans and the Bullets would manifest as the Breakers only blunder throughout the second half of the season, which in hindsight was all that was needed for the Breakers to miss out on their second straight finals appearance for the first time since the 2006-07 season. The Breakers would go on to win six of their last seven games of the season to finish with a record of 15 wins and 13 losses. Their fate of sixth position in the end was one based on percentages, alongside the Bullets in fifth and United in fourth.

For many however, the season is best summarised as ‘the best of a bad situation’, which provides promising building blocks going into next season. The main concerns however are the re-signings of important players with Hopson and Brandon Ashley’s futures in question. These two mixed with the club’s faces Tom Abercrombie and Delany, could very well provide the basis for a championship-calibre side next season.

Even though Scotty Hopson missed seven games this season due to injury, he still proved himself to be one of the League’s most lethal players on the offensive end. Shooting the lights out at 47 per cent from the field, Hopson would conclude his season averaging over 19.1 points per game, slotting him in the League’s top 10. He would also go on to tally himself fifth in the category of assists, averaging 4.7 dimes per contest. He also earned himself the title of one of the League’s best rebounding wingmen (5.8).

While these numbers did not earn himself an All-NBL first team selection which many would say was unjust, Hopson has earned himself a reputation as a standout international prospect. At the Oklahoma City Thunder’s G-League side, Hopson has increased his minutes and has started to increase his role in turn. If the Breakers can re-sign Hopson for next season, then that would put his team in a very handsome position for success.

Alongside Hopson was another import signing in Sek Henry. With Henry in the backcourt, it created space for both players to work, and more often than not it was a major hindrance on other teams. Henry’s season was successful from an offensive point of view for his first season in the NBL. Putting up 13.6 points and three and a half rebounds a game was a relatively impressive way of arriving on the Australian basketball scene. He would also be instrumental to many of New Zealand’s unexpected victories. With the 22-year-old turning many heads this past season, his worth as a player has been tested and any club would be happy to have him in the future.

The heart and soul of New Zealand’s basketball scene, Tom Abercrombie was needed more than usual to lead his side through the fog of this season. Abercrombie undertook his twelfth season at the Breakers and what was demanded of him was as high as it has been since the 2015-16 season. Playing 31 minutes a game and for the time since his rookie season back in 2008/09, he would shoot at 50 per cent from the field. Not only that, but he would also remain a reliable contributor from the free-throw line averaging 91 per cent from the charity strike, the best rate ever throughout his career. Additionally, he would return to old form on the scoreboard as he would average 12 points per game for the first time in five seasons. As Abercrombie has no intention of retiring just yet, the 33-year-old will continue to provide Shamir’s side a reliable leadership figure. One that would be more than willing to do what it takes to put his team in a successful position.

Shamir is the down-to-earth, see it as it is kind of guy, which is why in an interview with Stuff he was very hopeful with how his side was gonna stack up for next season in a country his family has started to call home.

“The beginning of the season was very tough for me personally because I’m all about the basketball,” he said. “We didn’t win, and it was very hard. “Although it was very good to come here, when you’re losing like that it makes for difficult times. But my family was so happy every day, from the moment we came here. “My kids love it here and don’t want to go back to Israel. “My wife enjoys it a lot. “From a family life perspective, it was great from day one. “Then we started winning and things became even better over here.”

If Shamir can keep the winning going for the Breakers, then his second season at the helm would make his trials and tribulations in his debut NBL season worth all the trouble.