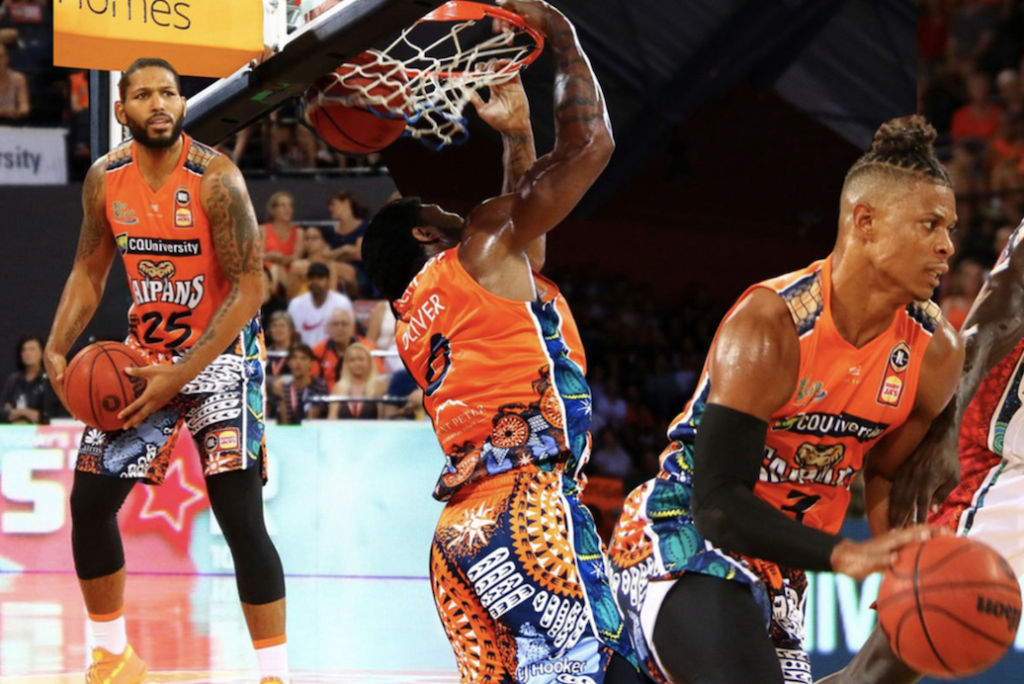 PRIOR to the start of the 2020 season, the Taipans had finished either last, or one position above that in their previous two campaigns. Cairns would also accumulate an abysmal 6-22 record in their 2018-19 season, six wins lower than Illawarra who finished seventh. Given this, not many would have guessed how much of a turnaround Mike Kelly and his men would have made just a season later.

It is safe to say that Kelly’s first season at the helm was a major failure, leading his team to one of the franchise’s worst records in the club’s history. It was therefore apparent that a major upheaval was needed to move his squad in the right direction. With signings like imports Scott Machado, who would prove to be one of the League’s most dominant performers, and big-man Cameron Oliver owning the boards, the Taipans already had the weapons needed to be serious contenders.

The rest of the competition had other ideas however, as the Taipans would begin their season the same way they did in 2018, losing their opening three contests against the Kings, Bullets and the Hawks in what was a nail-biting one-point loss away at Wollongong. While the core Taipans group was putting up substantial numbers, it was Cairns’ secondary unit that needed to pull its weight.

It was early on in the season that the likes of Mirko Djeric, Kouat Noi, Majok Deng and future hall of famer Nathan Jawai would begin to click with their side’s offence. The Taipans would go on to win seven out of the next eleven fixtures to level out their season record at .500. As this record was neither impressive nor disappointing, their seven wins they had collected at the mid-way point of the season was already higher than their win total for their entire previous season (six), which was accomplishment in itself. They also sat fourth in the standings at this stage, as more and more basketball fans started to see the Taipans as a serious threat in the NBL.

As the race of the finals started to pick up for the mid-table teams, it was Cairns that began the second half of the season slowly, dropping two games to the Wildcats and a crucial loss to the Phoenix. Knowing full well that losing games late in the regular season in a league like the NBL was almost suicidal for a team’s ambitions, a sense of urgency would kick the Taipans into a higher gear as they would pull together their longest and perhaps most important winning streak of the season. Their five consecutive victories would represent the best basketball played by the ‘Snakes’ all season as they would knock over all five of the other teams in the newly coined ‘Logjam’, taking a commanding lead in third position.

With a slight bump in the road losing out to the eventual minor premier Kings 83-92, four more victories would follow for a team that would secure a finals slot with two games remaining and cap off a dream run of nine wins in ten appearances. The Taipans’ 16-12 record would be their best season performance since the 2014-15 competition, stirring up a fervour and hype that hasn’t been seen in Northern Queensland in a very long time leading into the postseason.

Out of all the seasons for a team to regain exemplary form, this one matched the Taipans up with the reigning champion Wildcats in their semi-final series, providing the most difficult task Cairns had to face up with all season. Despite the monstrous task that was bestowed upon the third placed seed, Game One would come to fruition as a contest for the ages at RAC Arena.Perth would explode out of the block in front of their fans, outscoring Cairns 29-20 in the opening ten minutes. But the visiting side would hit back even harder, erasing the deficit and flipping the margin leading by nine at halftime.

Despite trailing, newly crowned League MVP Bryce Cotton would put his team on his back, leading to a career defining postseason performance and pulling his side together forcing overtime in Game One scoring 43 alone. Trading buckets in what was a back and forth five minutes of post-regulation play, long-time NBL veteran Jesse Wagstaff would knock down two imperative free-throws to put his side up by three with eleven seconds remaining. With two seconds left, Machado would hoist up a three-pointer to tie the game, but instead would put back his miss for just two points, leading to a nail-biting opening game win for the Wildcats, 108-107.

Returning back home with a sense of anger due to the fact they couldn’t get the job done in WA, the Taipans would make it clear early that would fight another day. A dominating 30-16 opening quarter and subsequently a 16-point half-time lead for the Taipans would set the tone for the rest of the game. The Wildcats would attempt a third quarter comeback, however a 22 point and 19 rebound performance by Cameron Oliver would quickly quell any remaining doubts from both sides, setting the series up for Game Three back in Perth with a desperately earned 85-74 triumph.

The deciding game would be a battle of wills as both sides would go neck and neck for every individual quarter. But unfortunately for the Taipans, they would lose by the narrowest of margins in every period throughout the game. This would lead to an eleven-point defeat (82-93) in front of more than 10,000 strong in the Red Army, as the Wildcats would earn their right to defend their title against the Kings and end the Taipans’ comeback season.

The backbone and commander of the Cairns Taipans, Scott Machado made minced meat of the majority of the competition in his debut season in the NBL. It was Machado’s vision and ability to spread the floor that made his team around him abundantly more cohesive, which in turn created a more efficient offense. He would often do this directly as Machado would lead the League in assists, averaging 7.9 assists per game.

Machado would also do his part on the scoring sheet putting up 16.1 points per contest and hustle for 3.6 rebounds an outing as well. Despite this, it would not be enough to earn himself a league MVP award, however he would settle for an All-NBL First Team selection. Even though Machado has spoken frequently about the positives of living in Australia’s far north, the import has not yet confirmed if he is to stay for another season.

The second of Cairns’ three imports, Dj Newbill solidified himself as one of the League’s elite defenders, following being awarded the NBL Defensive Player of the Year Award and an All-NBL Second Team nomination. Having gone through the struggles of last season, Newbill needed to serve the team as the emotional backbone and would do this with more than just defense. Offensively, Newbill would crack the top ten in scoring averaging 18.8 a game. Defensively he would rank fourth in steals per game with 1.3 and average three rebounds. Much like Machado, Newbill is yet to confirm his intention for the upcoming NBL 2021 season, but if the Taipans administration can lock down the backcourt duo, it would definitely smell of a championship recipe.

One of the League’s marquee centers, Cameron Oliver was an absolute monster at various moments during his 28 games, captivating spectators and flashing his athleticism on numerous highlight reels with rim-rocking slam dunks. But Oliver’s grind on the scoreboard and rebounds was second-to-one (Shawn Long), as he posed as the Taipans defensive protector.

Averaging 17 points and shooting 54 per cent from the field, scoring was almost guaranteed when Oliver had the ball near the rim. On the other end, he would also rank second amongst the League Leaders in rebounds and blocks averaging 9.1 and 1.6 respectively earning himself an All-NBL Second Team spot next to teammate Dj Newbill.

If Cairns can lock down Oliver for next season, then we can all expect similar numbers next season as the 23-year-old has plenty of time to refine his game.

As mentioned earlier, this season’s Cairns group has been hailed as the League’s biggest success story. Following Game Three against the Wildcats, Kelly would once again praise the club and what this season’s playing group did for the franchise.

“I think when I look back I’m gonna be able to reflect and see the big picture of what this group did led by these two,” as he pointed to Newbill and Jawai who were seated next to him, “and how special the season was while it was still going.”