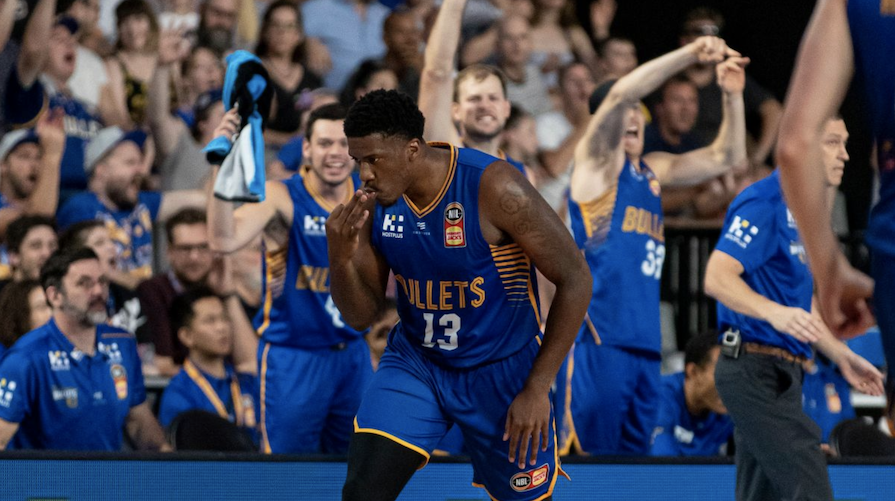 IT took three seasons for the Bullets to get off the bottom of the NBL standings since their resurrection as a franchise. This fact meant that the people of Brisbane now had a standard of basketball expected of their city’s team.

Under the guidance of former-Boomers coach Andrej Lemanis, the Queensland side would have all the pieces needed to make a finals appearance. But luck would not be on their side this time as their fate would lose out to United following the final game of the season.

All signs looked promising from the get-go as a result of a 2-0 start to the season, which included an away win in Wollongong and a convincing win over would-be finalist Cairns. However, their three-straight losses that would follow would outline how most of the first half of their season would look.

Both winning and losing streaks would eventuate, leaving the Bullets with an 8-11 record at the turn of the decade. Such a poor record held by a team as skilled as Brisbane’s meant that the side needed to get its act together. The Bullets would do exactly that, and in a big way.

Starting on January 5 with a 12-point win against the Perth Wildcats, the Bullets would go to win seven of their final nine games in what would become an impressive collection of victories. The main highlight, however, would be the hectic turn of events that would conclude the NBL 2019/20 season.

Fresh off demoralising defeats to the New Zealand Breakers and the Wildcats, the Bullets would need to amass a huge win against the Taipans one more time, by at least 34 points to match with New Zealand on percentage. Following a massive first half effort, the Bullets would claw their way to a 36-point demolition job of Cairns, putting them in title contention with Melbourne United still to play.

Despite Brisbane’s optimism, Melbourne would totally outclass the South East Melbourne Phoenix in the final match of the competition and as a result, United would edge out Brisbane for fourth spot in the standings, which by extension would kick the Bullets out of the finals.

Like the Breakers and United, a record of 15 wins and 13 losses would be the final by-line for Brisbane’s regular season. But in any competition with only four postseason slots available, any defeat late in the season is detrimental to a side’s success.

Almost all the right pieces

Successful basketball teams need a number of things to have the recipe for victories, one being a backbone of the team. Leading in essentially every category, Lamar Patterson would solidify himself as the team’s biggest producer of play, even the League’s. He would later be recognised for his efforts as he was amongst the leading vote getters to receive All-NBL First Team recognition.

Patterson was an essential role in last season’s Bullets side, but even so he was required to take his game up a notch this season. Playing at least 30 minutes every time he stepped onto the floor this season, Patterson would go onto average 21.4 points, six rebounds and four and a half assists per contest in a tremendous season for the American import.

Although Patterson has made himself feel at home on the northeast coast, he has made no comment on whether he intends on playing his third consecutive season with the Bullets. If so, the next step in establishing himself as a franchise name would be getting the Bullets past the semi-finals stage.

Without a doubt the NBL’s biggest surprise of the season, Will Magnay really found traction later on in the season when his production at both ends of the court started to skyrocket. Thanks to these performances, not only has Magnay been invited to train with NBA teams this offseason, but he was also awarded this season’s Most Improved Player award.

While Magnay’s statistics are not through the roof like his peers, he would prove to be more than a nuisance for opposition frontcourts. Alongside him was Matthew Hodgson, and when these two provided good defensive communication, there was rarely another duo that could contest them on the boards.

Magnay would go onto lead the league in rejections, averaging 2.2 blocks per game as his minutes would increase five-fold compared to the previous season. Additionally, he would tally eight points and six rebounds a game to round out his stat line.

After four seasons with the Adelaide 36ers, Nathan Sobey made his way up north to take the Bullets to the next stage, given his prior championship success. The 29-year-old took on a new role as a leadership figure at a club he was new to. He proved he was up to the position with grace which is evident in his numbers.

Shooting at 41 per cent, Sobey would tally numbers higher than any point in his professional career, averaging 16.5 points per game. He would also pool together four rebounds and three and a half assists per contest, while proving to be a reliable source from the free-throw line.

In terms of great Australian coaches, Lemanis has an extensive coaching resume that compares to the likes of Lindsay Gaze and Trevor Gleeson. Therefore, it is no surprise that the Australian-Latvian would feel like he somewhat failed as a result of his side missing out on the finals and regressing as a franchise slightly. Nevertheless, Lemanis has constantly admired his side for their mental toughness and ability to fight until the end.

Following the Bullets’ 36-point win against the Taipans in Round 28, Lemanis addressed the Bullets’ fateful giving his gratitude to this season’s team.

“I’ve never been more proud of a team…just coming out and giving ourselves a shot,” he said. “We talk about being tough and unified and wanting to be known as that and tonight certainly displayed both of those values.”

With pieces such as Magnay re-signing for two more seasons, many Queenslanders can start to look forward to an action packed 2021 season at the Armory.