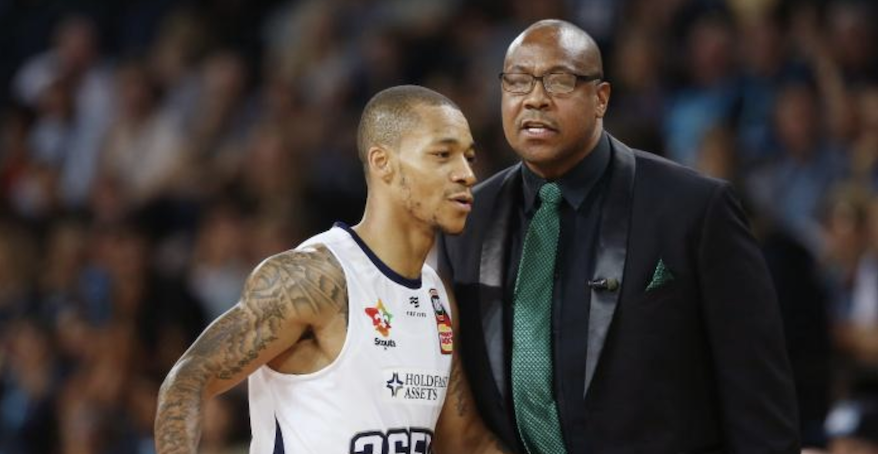 THE NBL season for 2019/20 was one of the closest ever in terms games between first and seventh position. Unfortunately for Adelaide 36ers, they had to settle for seventh. Despite the 36ers’ disappointing ladder position at the end of the season, their single game performances would suggest that their record was not a true reflection of their season.

Falling two wins short of a .500 record, it’s hard to argue that the 36ers season was a failure, it was just simply the inability to win close games, particularly on the road that proved to be the difference. Nevertheless, the performances of numerous players on the Adelaide roster were enough to help keep Adelaide’s season record respectable. However, in a season as competitive as this one, respectable is not good enough to attain success.

The 2018-19 Adelaide 36ers missed out on a finals appearance by the smallest of percentages, which made them eager to get off the ground early in the 2020 season. After winning two of their three opening games in an action-packed Rounds 2 and 3 for Adelaide, it looked as if they were getting the good start to the season that they were hoping for. One of Adelaide’s main problems through the first half of the season however, was their inability to string victories together and really get their noses out in front of the rest of the pack, and this resulted in a 6-7 record at the halfway point of the season.

Once again, the 36ers were on the outside looking in, and if they were to avoid repeating history, they would need to start outplaying better sides to climb the ladder. That desperation would start to kick in as they opened up with two victories in a double-header weekend against the Phoenix and the Breakers who were also mid-table competitors. But again, Adelaide would undo all the good work that they worked for with losses in games they should have won. That was what happened in Round 12 as they would let a home game slip through their hands against the bottom-of-the-table Hawks, going down 84-93, which was then followed by an eight-point loss against Cairns Taipans. The 36ers would redeem themselves against the Hawks in Round 14 and would follow up with another win against Melbourne United off the back of a 23-point outing from point-man Jerome Randle, ousting United 100-86.

Again, Adelaide were showing signs that were indicative of a strong second half of the season. But yet agin, and for the final time, that not the case. Onwards from their loss to the Cairns Taipans in Round 16, it would kick off the beginning of one of the worst finishes to a season in the 36ers’ franchise history. Winning just one of their final six games leading to the finals, teams such as Brisbane and New Zealand were able to sneak by Adelaide’s mistakes, pushing South Australia’s side further and further down the standings.

After 28 games and a very disheartening final run to the end of the season, the 36ers would finish their competition with a record of 12 wins and 16 losses. Perhaps even more frustrating for their fans, was the fact that for the second time in a row, Adelaide’s inability to remain consistent meant they would start preseason early and miss out on the Final Four.

When it comes to NBL greats, Randle sits right amongst the best, as the 32-year-old made his return to South Australia for the NBL 20 season. If it was not for some of Randle’s individual performances, the 36ers would have been out of the title race long before the turn of the new year. Coming off two years at the Sydney Kings averaging more than 18 points per game, coach Joey Wright had no other choice than to base his offence around the team’s best guard like so many other teams in the League.

Despite being left out of this season’s All-NBL first and second teams, Randle proved his mettle from the first game to the last, as he would go on to average a modest 19.8 points per game, the League’s fifth highest scorer. Randle would also go on to be Adelaide’s main facilitator as well, finishing his campaign with more than four and a half dimes per contest, while also averaging 3.1 rebounds too. While high scores and an abundance of stats are all well and good, players like Randle do not measure season performances on individual accolades, and you can expect him to come back with lofty aspirations for next season.

One of this season’s premier big men in terms of production, Johnson has made his mark in Adelaide, finishing his tenth season at the club for 2020. But unsurprisingly, this season was evidently one of Johnson’s best. For the first time in five seasons, Johnson would average 18 points per game alongside Randle as his pick and roll man. But when Johnson wasn’t providing screens on the perimeter, he was just as, if not more dangerous around the rim. He would go on to add 8.3 rebounds and over two assists to every performance in a breakthrough campaign for the experienced veteran. Furthermore, if his partnership with Eric Griffin were to continue onto next season, then their improved chemistry in the frontcourt would create many problems for opposition teams.

The second cog of Adelaide’s frontcourt pair, Griffin was the 36ers’ marquee import signing to kick off the 2019/20 season and was consistently a pivotal part to Wright’s offence, due to his athleticism up and down the floor. While Griffin displayed moments of tremendous play, his output became fragmented and sporadic, which among many things, proved to be one of Griffin’s predominant flaws throughout the season. Nevertheless, Griffin’s numbers would suggest otherwise in his debut season. The Floridian would go on to maintain a respectable 14 points per game. Meanwhile, he would make his presence known on the glass, establishing himself as one of the competition’s best rebounders, particularly on the offensive end averaging 6.3 a game.

Completing his seventh season with the 36ers as Head Coach, Wright has been awarded multiple accolades during his time in the NBL, such as three Coach of the Year recognitions and an NBL Championship ring (2007) during his time with the Brisbane Bullets. But following Wright’s 500th coaching appearance against the Perth Wildcats on February 15, the 36ers and Wright agreed to part ways leading into the offseason.

In a statement released by the 36ers following their announcement, Wright indicated that he has no intention to stop coaching later down the track, “I feel like I have left the Club in a better position than when I first arrived and I look forward to my next coaching challenge,” he said.