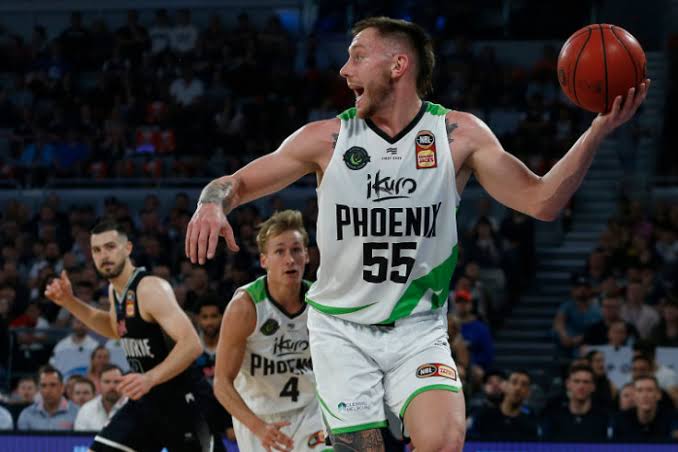 The NBL’s Rivalry Round concludes tonight in Melbourne as the Phoenix host the 36ers at Melbourne Arena. With both teams coming off narrow defeats during their weekend games, the two sides will be looking for a positive outcome this evening.

The South East Melbourne Phoenix who came up a point short against their cross-town rivals Melbourne United in Throwdown III are eager to get back on the winning track as they sit third on the NBL ladder in their inaugural season. Whereas, the 36ers who fought hard, were unable to topple the title-contender Perth Wildcats, going down by four points.

The constant run of good form from marquee signing Mitch Creek will be a major factor tonight. The 27-year-old currently sits second on the points per game leaderboard (21.7 ppg), eighth in assists (4.2 apg) and eighth in rebounds (7.1 rpg) across the league. With these numbers, it reflects a team whose wins and losses rely heavily on the performance on their star-forward and tonight should further show this. Nevertheless, it is the Phoenix big men who have the main challenge tonight. With 36ers forward Daniel Johnson, stringing together three double-doubles over his last four games and looking like Adelaide’s most imposing figure.

With Phoenix forwards Dan Pineau and Ben Madgen putting up good rebounding numbers so far this season, keeping Johnson outside the key should be the main focus for the Phoenix front-court, knowing full well that rookie power forward Keith Benson, who came up big against Melbourne United with five blocks, is protecting the rim. Johnson, who is currently averaging close to a double-double, with 19.3 ppg and 8.6 rpg, has been unable to get his team over the line in the last few weeks, despite the scoring prowess of guard Jerome Randle (17.5 ppg), as the 36ers enter tonight’s game on a four game losing streak. But, with another promising performance by Eric Griffin, who on Sunday put 18 points on the board against Perth, the 36ers will be in good shape to return to the winners column.

Tonight kicks off a series of away games for the 36ers, as they go on the road for four of their next five games, and a win would go a long way in trying to turn their season around against a Phoenix outfit that is looking to bounce back from a morale-crushing defeat in their derby clash against Melbourne United. It is safe to say that the matchup tonight holds an abundance of significance and should not be missed.