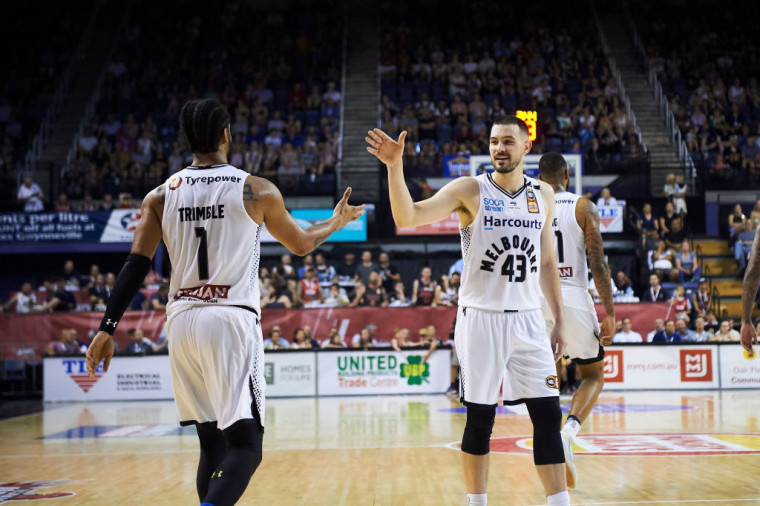 THE final round of the National Basketball League action is set to be a big one with the New Zealand Breakers, Brisbane Bullets and Melbourne United all still in contention for that elusive fourth spot on the ladder. While the battle for second spot is just as exciting with Cairns looming as the potential team to leapfrog the Perth Wildcats.

It is do-or-die for Melbourne United who if they want to get any type of finals redemption from last year’s grand final loss, will have to leave nothing to chance. United have struggled with consistency throughout the season, stringing together a couple of strong performances and then going off the boil making them a real unknown. Melbourne has only won two of its past five games, speaking to its inconsistency and have not won against the Taipans so far this season. Cairns Taipans well and truly have the wood over their opponents and are in hot form sitting on a four-game winning streak and claiming victory in nine of their past matches. The Taipans have taken the competition by storm this season, steadily building into the year and creating a strong winning momentum to secure third seed and a spot in finals. There is no denying that captain, Chris Goulding is a real barometer for United with the experienced guard able to sense the moment and hit the scoreboard with his accuracy from three-point the most damaging part of his game. But Goulding will need support from Melo Trimble coming off the bench with his deft touch and scoring ability. Trimble knocked back 36 points in Round 18 and 13 last week, and will have to replicate that strong attacking intent to get his side over the line and give them a shot at finals. The team from up north have been unstoppable with Cameron Oliver and Scott Machado able to do a wealth of damage on the scoreboard. They both had a big day out the last time these two sides met with Oliver recording a double-double with 17 points and 11 rebounds making for an intriguing contest.

The fourth placed Breakers have everything to play for in their clash against new comers South East Melbourne Phoenix. New Zealand has had a rollercoaster season to say the least with players leaving and succumbing to injury but have somehow managed to hit their straps at the right time winning 10 of their past 13. A win here could all but sow-up fourth spot and their chance at finals whereas a loss could knock them out of contention. Despite a hot start to their inaugural season the Phoenix have simply been unable to maintain their dominance falling well and truly out of the finals race dropping 10 of their past 12 games. Without star, Mitch Creek who suffered a hyperextension last round, the Phoenix will have their work cut out for them and will look to the likes of John Roberson to lead the way on the scoreboard. Dane Pineau and Ben Madgen will have to step up to the plate, while youngster Kyle Adnam will be hoping to keep his hot form rolling coming off an impressive Round 19 performance of a team-high 19 points. The Breakers are not without their own star power with the likes of Scotty Hopson in blistering form coming off a whopping 31 points. Hopson along with Finn Delaney, Tom Abercrombie and Sek Henry have proven that they can stand up under pressure and deliver time and time again making them a damaging prospect for the Phoenix. Delaney has been in ripping form recording double figures in his past six games, so expect him to keep that form going.

With top spot all but guaranteed, the Kings will be aiming to iron out any issues ahead of the finals against the last placed Hawks. The Kings have been near-unstoppable throughout the season with their slick ball movement and explosive scoring along with their variety of options making them a very dominant line-up. Despite Sydney winning two of their three encounters the Illawarra Hawks have proven that when on song they can topple the best claiming a five-point victory in Round 13. But their most recent encounter showcased just how punishing the Kings can be with six players reaching double-figures headlined by Deshon Taylor with 17 points. Casper Ware is no slouch when it comes to the points department knocking back 24 points last week while Jae’Sean Tate backs himself from all areas on the court falling marginally short of a double-double last round with 17 points and nine rebounds. Brad Newley and Andrew Bogut are also imposing figures for the Kings with the latter a rebounding machine. The match-up between Sunday Dech and Ware will bring plenty of interest with the Kings guard well held in recent times only managing eight and 10 points respectively. Josh Boone will have to stand up for the Hawks while captain Todd Blanchfield has been a staple in their line-up. Andrew Ogilvy will be aiming to replicate his Round 19 form recording a team-high 15 points, four rebounds and seven assists in hope to get his side over the line.

The Brisbane Bullets are knocking on the door of finals and must win their clash against the third placed Taipans if they are any chance to secure fourth spot. But history is not on their side with Cairns winning six of their past games against the Bullets. The boys in blue have steadily risen-up the ranks knocking off unsuspecting teams with their precise ball movement and scoring prowess but Cairns will be looking to keep their dominant form going heading into finals and potentially snatch second spot. Last rounds loss will be fresh in the minds of Brisbane and will be looking to rectify their performance with a strong showing against state rivals. Expect both sides to battle hard considering the relatively even match-up across the court and just how much is at stake. Lamar Patterson has been a revelation for the Bullets with the star forward able to single handily change the course of a game with his drive to the basket and defensive pressure. Patterson scored 18 and 25 points respectively last round while Nathan Sobey showcased his attacking intent with a game high 30 points against New Zealand. Will Magnay is a defensive beast for the Bullets thanks to his strong rebounding and ability to swat the ball away leading the league in blocks. Cairns captain, DJ Newbill has taken his game to a whole other level in 2020 and can flick a switch to kick it up a gear and record a win. Majok Deng has blossomed throughout the season becoming a real talent for Cairns relishing the extra court time while both Oliver and Machado are game changers.

With a shot at first spot on the line, expect the Wildcats to throw everything at the 36ers who have been plagued with inconsistency throughout the 2019/20 season. Perth is a class act, able to pull something out of the hat even when it looks impossible, while Adelaide ooze unpredictability. Unfortunately, the 36ers are out of the finals race but can still have an impact on the postseason positioning with a win here and considering their recent track record it is quite possible having won their past two encounters. It is a milestone round for Adelaide with Joey Wright coaching his 500th game and potentially giving the spark the 36ers need to win, but the Wildcats are no easy beats able to mount pressure in ways no other team can.  The 36ers have a wealth of stars across the court with Jerome Randle able to hit the scoreboard time and time again while big man Eric Griffin is a real excitement machine for Adelaide with his basketball nous and skill. Throw in Daniel Johnson who is coming off a solid performance and the 36ers could do enough to rattle their opponents and get the wood over them. But it is hard to worry the likes of Bryce Cotton who is simply ice cold when it comes to scoring holding the leading points title. Nick Kay is also a handy influence on the scoreboard with 23 points to his name last week while Terrico White can chime in to wreak havoc.

The final game of the home and away season is set to be a big one. Melbourne United’s future rides on their performance in this round and a win in the opening game could all but gift them with a fighting chance. Playing against an understrength Phoenix could be exactly what the doctor order for United to sneak into fourth spot and play finals. With Goulding able to put on a masterclass and Trimble showing some form in recent weeks coming off the bench a big performance from star recruit Shawn Long could thrust United into finals. Long has been vital for Melbourne with his points scoring ability and strong frame consistently able to gobble up rebounds. Despite their three key players United will have to rely on the performances from other players such as Mitch McCarron and David Barlow if they are any chance to romp it home. But the Phoenix will not go down without a fight and will be looking to end United’s hopes. Forward Tai Wesley will be hoping to make a splash in his first game against United since their opening clash while Adam Gibson and Kendall Stephens will have to up their ante to cause some of trouble on the scoreboard. But given what is at stake expect Melbourne to play with plenty of intensity and passion to down their cross-town rivals.