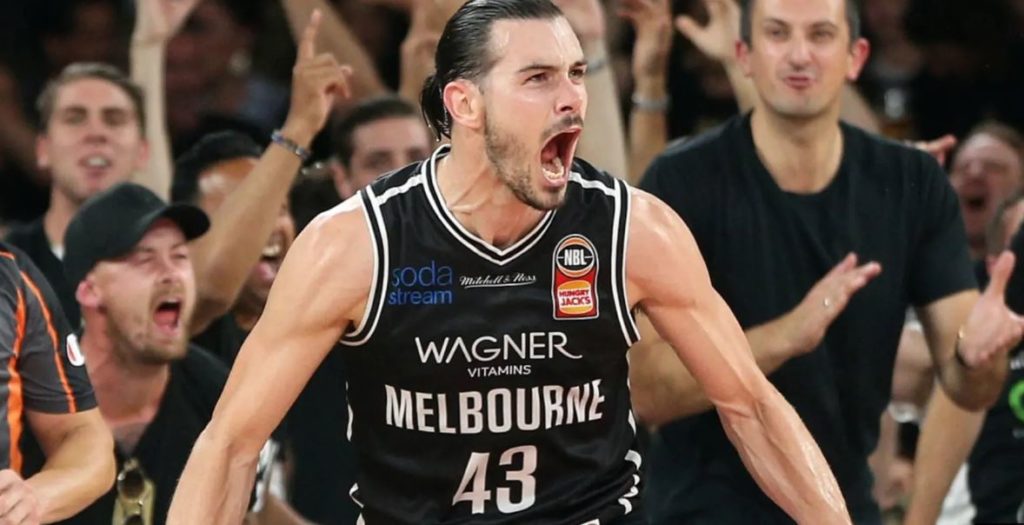 THERE are only five games in Round 19 of the National Basketball League (NBL) with the Brisbane Bullets the only side to play two games this round. It will be a ladder defining round of action with a host of top four clubs set to do battle and teams hanging on by a thread hoping to sneak their way into finals contention.

It will be a hotly contested match between the fourth placed Brisbane Bullets and fifth placed New Zealand Breakers to kick off the start of the round. With finals edging closer the Bullets will be hoping to hold onto fourth spot but a loss against the Breakers who are hot on their tail could end their chances. Brisbane are on a six-game winning streak, gradually getting stronger each and every game while the Breakers have won four of their last five, making for a tantalising battle. Lamar Patterson has been the go-to guy in previous outings for the Bullets with the forward posting up high numbers both on the scoreboard and in rebounds. Patterson is coming off a double-double having knocked back 31 points and 12 rebounds, making him the danger man for the Breakers. Nathan Sobey and Jason Cadee will also have to stand up in the contest if the Bullets are to get the win over the charging Breakers. New Zealand have their own set of star players looking for a chance at playing finals led by the likes of Brandon Ashley who showed just how much damage he can do last round with 31 points and 12 rebounds to his name. Scotty Hopson is just as dangerous with the guard able to find the net with ease while Finn Delaney and captain Tom Abercrombie are no strangers to the big stage, able to stand up under pressure and deliver. This game will ultimately come down to who can withstand the pressure for the longest and which side is willing to lay it all on the line for a chance at finals.

With a spot at finals still on the line it is do or die for Melbourne United who have had the wood over Illawarra Hawks the past couple of encounters. United have been inconsistent to say the least winning some huge games and dropping some easier match-ups making this contest all the more exciting. On the other hand, the Hawks have really struggled to get any form of winning momentum while also being plagued with injury. Melbourne have only won one of their past five games showcasing just how much a win here could mean to the sixth placed side. It will be up to the likes of Chris Goulding and Melo Trimble to lead the way for United with the latter hitting his straps at the right time. Trimble fell victim to the midseason slump but with a sniff of finals has returned to form of late with 36 points in his latest outing. Big man Shawn Long has also been a key contributor for his new side and will be hoping to make a splash against the Hawks and get his side back on the winners list. Both Mitch McCarron and David Barlow will be hoping to make up for a relatively quiet last round and hit the scoreboard. It is all about pride for the Hawks now, with Josh Boone proving to be a shining light in recent weeks while Todd Blanchfield and Tim Coenraad have combined to become a force off the boards. United will have to throw everything they have at the undermanned Hawks if they are any chance to get finals redemption.

With third spot on the ladder almost tied up the Cairns Taipans will be out to officially secure their finals chances while the 36ers will be looking to shake things up. Although they can statistically make the finals, Adelaide’s chances are very slim but a win here and some fortunate losses to teams around them could see the top four open-up. Cairns have been in hot form with their on-court synergy causing headaches for opposition teams. Led by the likes of DJ Newbill the Taipans have roared into action winning four of their past five and do not look like stopping. Cameron Oliver and Scott Machado have proven to be the deadly duo with the two combining week in and week out to post a hefty total. Oliver is crafty across the court, able to find the basket with ease collecting 17 points last round. Throw in the likes of Majok Deng and the Cairns are a real powerhouse when they get going, making it a challenging task for Adelaide. The 36ers will be looking to the likes of Jerome Randle and Eric Griffin to pave the way and keep their season alive. Both players have shown time and time again throughout the season that they can pull a cat out of the bag with their exciting game play and scoring prowess. Daniel Johnson should not be forgotten about for the 36ers with the forward able to navigate his way around the court and use his big frame to outmuscle opponents and score freely coming off a 22-point game.

After a successful start to the season the South East Melbourne Phoenix have well and truly fallen off the boil but will want to end the season on a high and cause a major upset. The Kings currently sit one game ahead of Perth in second and will be aiming to increase that lead with a win over the Phoenix, but South East should not be discounted. The boys in green have an uncanny ability to do the unthinkable and could cause a real stir if they get the win over the firing Kings. Mitch Creek has returned to form with the star proving to be the real barometer for his side with his scoring ability while John Roberson has been handy on the scoreboard. The South East duo will have to go big in their clash if they are any chance to win while Dane Pineau and Ben Madgen will have to step up to the plate to help out both defensively and offensively. Unfortunately for the Phoenix, the Kings have a wealth of talent with Casper Ware a real menace while Jae’Sean Tate has been a revelation. Big man Andrew Bogut is a force to be reckoned with and will be looking to impose himself once again on the lowly Phoenix. Brad Newley has been another strong contributor along with Daniel Kickert for the Kings making for a tough challenge for the Phoenix who will have to overcome a strong attacking team.

Sitting one game away from top spot on the ladder, the Wildcats will be searching to inflict some pain on the Bullets who are vying for a top four position. Perth have struggled against Brisbane throughout the season dropping two of their past three encounters against the Bullets, making for an intriguing contest to close out Round 19. The Wildcats are extremely hard to stop when they are on song with the likes of Bryce Cotton able to light the court up with his speed and ability to drain shots from anywhere on the court. Cotton managed 30 points last week while Nick Kay is another one to watch for the Bullets. It is hard to go past Terrico White who has been relatively inconsistent but still has plenty of firepower. NBA recruit Miles Plumlee has been a handy inclusion for the Wildcats, making the challenge even tougher for the Bullets. Expect Patterson to stand up under pressure credit to his strong form against the Wildcats while Matt Hodgson will have his work cut out for him against Plumlee. Will Magnay has been solid in recent weeks for Brisbane and will have to replicate his high output if the Bullets are to ruffle some feathers and claim a major scalp ahead of finals.