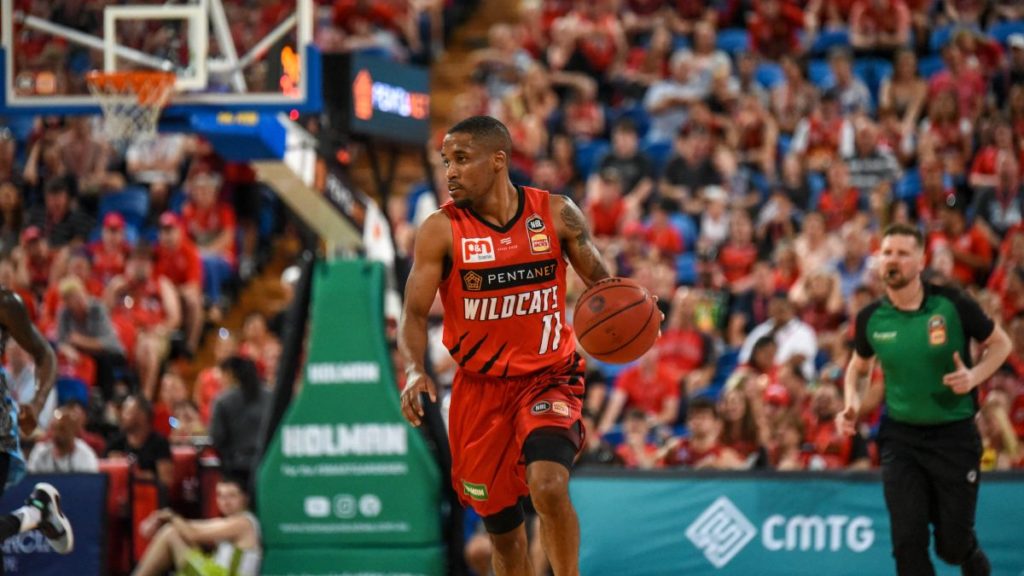 ROUND 18 of the National Basketball League (NBL) is set to tip off tonight in the inaugural Indigenous Round. It will be another round hinged on ladder positioning and finals contentions with the matchup between the Kings and Wildcats set to shake up the top two, while Melbourne United will be looking to sneak back into the top four.

Melbourne United have struggled for form in recent weeks dropping four of their last five games and will have to compete with a red hot Perth Wildcats to kick off the round. The Wildcats currently have second spot all sewn up but will be wanting to make a case for first and a win here could do just that. But United will be well aware of what is on the line and hoping to cause an upset to get their season back on track and make an appearance in the finals having dropped from fourth to fifth. Shawn Long will have to stand and deliver if his side is any chance to snag a win and coming off a sub-par performance last round with only 13 points and six rebounds will want to go big. Other key players such as Chris Goulding and the ever-developing Jo Lual Acil also made a splash last round and will be looking to replicate that form against Perth. It is hard to go past the combination of Terrico White and Nick Kay with the duo causing all sorts of trouble for opposition teams with their scoring prowess and speed across the court. But with a home crowd behind them and finals on the line anything is possible. But the Wildcats are a well-oiled machine able to run the court with ease and have had the wood over their grand final foes in Round 1 and 3 but Melbourne clenched victory last time they played in Round 12 and will be hoping to draw on that confidence.

The Breakers are flailing outside of the top four but are not out of finals contention with a win against the Adelaide 36ers exactly what the doctor would order. Both sides have been inconsistent throughout the season stringing together some strong performances and then dropping winnable matches. They sit sixth and seventh respectively on the ladder making for a tantalising clash with both teams expected to give their all and relatively evenly matched. In their past five games, both the Breakers and 36ers have won two games and lost three but with the run to the finals around the corner it is now or never. Adelaide have a couple of key bigs with Eric Griffin the main man able to do a wealth of damage. He came out with a point to prove last round knocking back 21 points and collecting five rebounds showing just how explosive he can be when given time and space. Meanwhile teammate, Anthony Drmic is another one to look out with the forward using his height and body positioning to dominate. The Breakers are not without their own couple of stars with Scotty Hopson and captain Tom Abercrombie able to combine and ply their trade up and down the court making for an enthralling contest especially with fourth spot still up for contention.

The Taipans have been on a rollercoaster journey throughout season 2019/20 but have shown that they can do the unthinkable and match it with the best. With finals just around the corner, expect Cairns to iron out any issues against the lowly Illawarra Hawks who have struggled to get going especially in the absence of young gun LaMelo Ball who has headed home to the US for rehabilitation. But Cairns’ record against the Hawks is worrying having lost all three encounters this season and nine consecutively meaning this is a huge game in the context of the Taipans future. The Taipans have gone from strength to strength with DJ Newbill guiding the ship in the right direction with his power around the rim and ability to post hefty totals pair that with the likes of impressive ball-handler and scoring machine Scott Machado and Cairns are hard to stop. Cameron Oliver is another key player for the Taipans with the center able to find the net with ease and cause headaches for opposition teams with his aggressive style of play. The Hawks will be hoping to add some respectability to their ladder positioning and register another win for the year but will have their work cut out for them. Emmett Naar has enjoyed more court time and will be hoping to build on his repertoire while the likes of Josh Boone and Sunday Dech have been consistent for the struggling side.

In their second game of the round, United will have to go big or go home. The Bullets have kicked it up a gear in recent weeks going on a five-game winning streak such is their hot form. They have quietly snuck their way up their ladder picking off challengers and standing up in the battles. Having snatched fourth place from United last round, expect Melbourne to come out with a real fire in the belly and keep their finals dreams alive. It is hard to go past Lamar Patterson who has been in career best form with the Brisbane Bullets star taking his game to a whole other level. Patterson is averaging a whopping 21.2 points, 5.8 rebounds and 4.8 assists making him a key contributor for the Bullets while the likes of EJ Singler and Nathan Sobey have played a strong support role throughout the season. The synergy across the court for the Bullets is the main focal point that Melbourne United will have to stop with each player able to come on and have an influence. The battle between Will Magnay and Long will bring plenty of excitement while Melo Trimble will have to get to work and hit the scoreboard for United to take the win.

In what could be the precursor to the grand final and arguably the match of the round the Perth Wildcats play host to a rampaging Sydney Kings. There is star power right across the court and with top spot on the line expect plenty of fireworks. Both sides are in hot form with Perth particularly strong at home, winning eight games and only losing two making RAC Arena a real fortress for the Wildcats. In their last two encounters, Perth have brought home the chocolates and will be hoping to repeat those efforts and knock their opponents off their perch. Bryce Cotton is in a league of his own against the Kings averaging 34 points per game this season when playing Sydney and in their last meeting he knocked back 39 points making him the danger man. Import, Miles Plumlee has made an immediate impact since coming into the side able to hit the scoreboard and gobble up any rebounds that come his way while Kay is set to play in his 150th NBL game. In their standalone game this round, the Kings will be looking to the likes of Andrew Bogut to nullify Plumlee and also hit the scoreboard. Meanwhile teammates Jae’Sean Tate and Casper Ware have taken the competition by storm with their scoring prowess and skill.

Both teams will be facing off in their second game of the round with the Breakers set to make the trek over to New South Wales in hope to keep their finals chances alive. New Zealand have a good record over the Hawks winning their past three matches and will be looking to make it four in a row. Expect the Breakers to throw everything at their opponents in a bid to regain their hot form and prove that they are a real challenger for the post season. Sek Henry will be aiming to keep his dominance alive against the struggling Hawks scoring above 20 points in each of their encounters so far this year. Teammate, Finn Delaney is set to play his 100th NBL game and is in career best form averaging 11.7 points and 5.7 rebounds while Brandon Ashley is a real excitement machine for the Breakers. For the Hawks, Todd Blanchfield and Tim Coenraad are a dynamic duo with the two able to hit the scoreboard and do damage but will have to be on their a-game if they are any chance to topple New Zealand.

Unlike their opponents, the 36ers will be playing their second game of the round. A win against the out of form South East Melbourne Phoenix will keep Adelaide within striking distance of the top four. The Phoenix are coming off a disappointing month losing four of their past five games making their chance for finals very slim. On the other hand, if Adelaide win both their games this round they could leapfrog into fourth spot on the ladder. John Roberson is a real playmaker for the Phoenix able to stand up under pressure and deliver while Dane Pineau and Ben Madgen can also chip in on the scoreboard. But the real barometer of the side is superstar Mitch Creek with the talented forward able to tear a game wide open with his ability to go to post. Creek is coming off an impressive performance last round recording 32 points and 10 rebounds showcasing just how dominant he can be. But if the Phoenix are really to get going they must have an even contribution across the board and gain early ascendancy. Jerome Randle is the danger man able to score points from anywhere across the court for Adelaide while Daniel Johnson is also a formidable force thanks to his rebounding and points scoring ability. The clash between the two sides will provide plenty of interest with the result really able to go either way depending on the pressure.