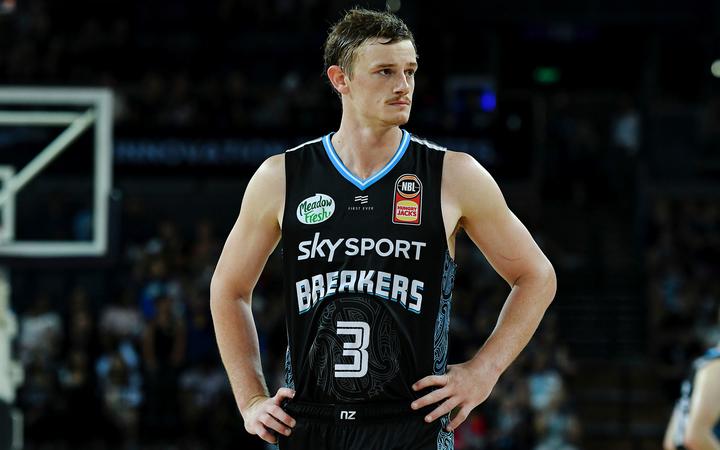 THE battle for that elusive fourth spot in the finals is set to ramp up, as four sides are within a single win of snagging a higher position. Following United’s crushing defeat to the Breakers, they need to recover quickly if they are to hold on to their position in the standings, as they close out the round to an in-form Sydney side that is hot off the back of a South East Melbourne drubbing. On the other hand, the Bullets face an important double-header weekend in their quiet run to the postseason, squaring up to a down-and-out Phoenix side and an anxious 36ers squad raring to go in front of their home crowd. Lastly, out in WA, Perth is keen to steal top spot from the Kings, but will have to topple the Breakers who have fought back into the title conversation after their own successful double-header last week with convincing victories against United and Sydney.

Both of these sides go into Round 17 with very different feelings as to what is expected of them. The Brisbane Bullets, who just recently came off a strong victory against the Illawarra Hawks, now sit equal fourth with Melbourne United (both teams are 11-11) vying for that last playoff spot. Their expectation coming into the last week of January is to stay ahead of the mid-table pack, whereas for the Phoenix, their expectation is catching up with the pack. With just six games remaining, there is a slight chance South East Melbourne could regain lost footing, however, this would require a perfect ending to the season where the Phoenix would win all of their remaining games. This begins with Brisbane on Thursday night. For Brisbane in terms of strengths, it starts and ends with their frontcourt. Led by Lamar Patterson’s big numbers both in points and rebounds (20.59 points and 6.0 rebounds), good performances by Will Magnay (8.14 points and 5.67 rebounds) and the in-form Matthew Hodgson (10.3 points and 5.77 rebounds) would go a long way in attaining a must-win contest at home on Thursday night. For the Phoenix, it has been an uncharacteristic last month for Mitchell Creek (19.95 points, 6.9 rebounds and 3.1 assists), who has been unable to find his rhythm as of late. In Creek’s last five contests, the small-forward has failed to crack twenty points in a game, while also getting diminishing numbers in his assists and rebounds. For the Phoenix to get the results they want at this end of the season, Creek will need to return to the form he had throughout the first half of the campaign. With Dane Pineau, John Roberson and Kendall Stephens running the backcourt, responsibility will fall to their bigs if they are to give the Bullets a run for their money.

In Round 17, we get to see the best team in the NBL matchup against the worst, but given the last time these two teams met it was the Hawks that came out on top in a shock upset, so it is best not to underestimate this Hawks side. It will be the Hawks that will need to find a way to stop the rampant Kings offence from gaining traction early on in the ballgame. Veterans in Todd Blanchfield and Tim Coenraad were able to hold off the Kings in their last meeting due to slick ball-movement and consistency from the floor. Blanchfield has been in terrific form, averaging 21.4 points per game over the last month and will be one of the go-to men for his struggling Illawarra team. In regards to Sydney, ultimately for the standings’ frontrunners, Sydney has one of the most lethal ball-handling duos in Casper Ware (19.8 points and 4.1 assists) and Jae’Sean Tate (15.7 points and 5.6 rebounds), who were instrumental in last week’s win against the Phoenix, need to use their speed to their advantages, thus creating space for shooters such as Daniel Kickert (8.6 points and 3.0 rebounds) and Didi Louzada (10.0 points and 4.1 rebounds). With the Perth Wildcats one lone win behind the Kings, it is imperative that they are not complacent, as an unlikely loss would shift the whole finals schedule. For the Hawks, being out of finals contention might prove to be good for the NSW side, as there is ample time to prepare for next season. But for the most part, it is about maintaining an adequate level of pride now for the bottom seeded team.

Perhaps the most significant game of the round in terms of the standings, the Bullets enter South Australia two days after the first of their two games over the weekend looking to enter the top four, should Melbourne go down to Sydney the next day. For Adelaide, it is a matter of climbing back up the standings as they currently sit anxiously in seventh, coming off a hard loss to Cairns. With Adelaide lacking the necessary depth to challenge the Taipans for four whole quarters last week, despite a monumental 38 points from Daniel Johnson, this week will not be the time to repeat that same game plan. Bigs like Eric Griffin (15.0 points and 6.6 rebounds) and Harry Froling (7.0 points & 3.0 rebounds) seemed almost non-existent in their performances against the Taipans, indicating a major crossroad for the way the 36ers hope to finish the season, especially given the power and strength Brisbane has in its own frontcourt. While Brisbane has quietly risen up to fourth position, it should not go unrecognised that the Bullets’ captain Nathan Sobey has been playing a good brand of basketball up until this point in the season averaging 15.95 points, 3.5 assists and four rebounds a game, meaning given what is on the line for Sobey’s squad, you can most likely expect one of the captain’s best performances to date in his lengthy NBL career.

It seems as if every single game from now on has a significance around it and this is another case of just that. A win for Perth may very well tie them at the top of the table with the Kings should they lose to United on Sunday. While for the Breakers, a win could edge them closer into the top four depending on the results of various other games. The clash between these two teams is set to be an offensive showdown with two of the league’s best wing players going head-to-head in Terrico White (16.6 points and 3.9 rebounds) and Scotty Hopson (19.4 points, 6.1 rebounds and 4.3 assists). While these two stars of the league battle it out, Bryce Cotton (22.1 points, 4.0 rebounds and 3.8 assists) would have the advantage against whoever would fill the one spot for the Breakers given his run of form as of late. Averaging over 22 points per game, Cotton has cracked the twenty-point mark in every game over the past month and it does not look like Rj Hampton or an injury-hampered Sek Henry have the repertoire to slow him down at this stage. Another focus point for New Zealand has been the attention around big-man Robert Loe, who until recently had really come into his own. In his last four encounters, Loe has averaged almost 14 points a game and has been a substantial threat around the ring and could be a major issue for the likes of Miles Plumlee and Nicholas Kay. A win for either team here would speak volumes for how their respective seasons can pan out.

South East Melbourne heads back home for their second game of the round looking to either continue their perfect string of games or take part in a less meaningful occasion, should the Phoenix go down to the Bullets in the round-opener. The Taipans however, have worked themselves into third position with a little bit of breathing room as they aim to keep a two-game distance from United and Brisbane or perhaps start to whittle down the deficit between them and the Wildcats. Last week was a major flex for Cairns late in the season, as Dj Newbill (19.6 points and 3.1 assists), Scott Machado (16.9 points and 8.1 assists) and Cameron Oliver (16.6 points & 9.2 rebounds) all dominated in their team’s performance against the 36ers, as all players produced massive efforts in the contest, showcasing possibly what the best form from the trio would look like, which is a stern warning to the rest of the league. Whilst the game plan should not be too different for the Phoenix following on from their Brisbane clash, again it will come down to their bigs’ ability to control the defensive glass and limit second chance points from the likes of Oliver, Kouat Noi and Majok Deng.

The tipping point is at Melbourne United’s front door, as they currently sit in the middle of a major slump, losing four of their last five clashes, most recently against the Breakers in Auckland. With the added pressure of Brisbane now level with them in the standings, United should come out firing immediately in Sydney’s fortress and should settle for nothing less than a victory if they are to stay in the top four. While Melbourne’s shooting woes continue to hinder their run to the postseason, the biggest talking point is the abysmal run of late for point guard Melo Trimble (19.3 points and 5.0 assists). Averaging only 10 points per game in the last month and seeing a five-minute decrease on the floor in their loss to New Zealand, the United coaching staff have been testing new structures to get the struggling side in the air, with only a handful of games left to play. Perhaps the recent good form of Chris Goulding (17.4 points) and the defensive consistency of Shawn Long (19.4 points and 9.6 rebounds) is enough to topple a strong Sydney offence. For the Sydney Kings, their main objective on the night should be making United second guess their defensive strategies. Whether it be through various screens and post plays, it has been proven that with Ware and Andrew Bogut (8.5 points and 9.1 rebounds) both on the floor, the team’s ball-movement is unrivalled across the league and should cause Melbourne significant headaches when these two are on the floor.