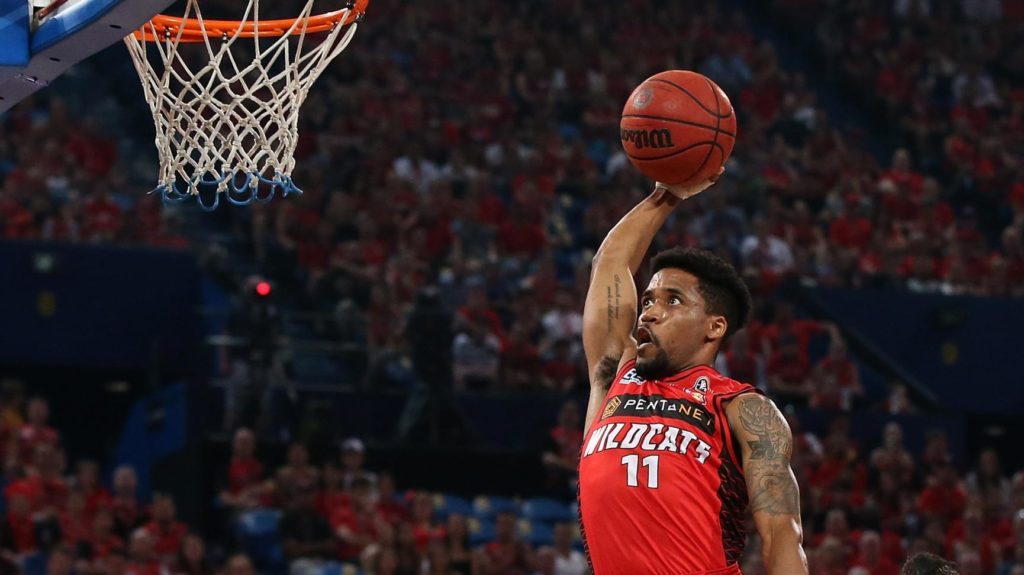 WITH only four rounds to go in the National Basketball League (NBL), expect some big performances and ladder defining games to take place in hope to secure that all elusive finals spot. Round 16 also marks plenty of milestones for a host of key players adding further excitement to the clashes.

After gathering some momentum, the Breakers hit a wall last round dropping both their games and relegating them back to eighth spot on the ladder while their opponents firmed their spot on top. The Kings have been the team to beat all season and this game will be no different with Sydney looking to well and truly announce themselves on the competition and iron out any inconsistencies in their game play. However, finals are not completely out of the picture for New Zealand and they will know that, making for a game jam-packed with action. The Breakers have shown that they can do the unthinkable and stamp their foot down with their clever ball movement but the biggest obstacle will be shutting down livewire Casper Ware and big man Andrew Bogut. Both players are influential for the Kings able to turn the game on its head within an instant. Ware can score from anywhere and at any given time while Bogut’s no-nonsense attitude and big frame at the basket is hard to stop. But the Breakers have their own stalwart of players with the likes of Robert Loe and Scotty Hopson able to drop hefty totals when needed. Loe was well held in his second game last week, but knocked back 24 points in the game before showcasing his skillset and scoring prowess. If New Zealand are any chance to make finals they must win this clash against the Kings, which will be no easy feat.

Being one win away from first place on the ladder expect the Wildcats to come out with plenty of intensity against the Phoenix in hope to snatch prime position. Both sides have the same winning pattern in the last five rounds – two wins, three losses – and will be looking for consistency heading into the finals. The Phoenix are a smoky to make finals but if they can pull off a coup here it could set them up for a finals berth but they must bring their A-game. On the other hand, Perth are well aware of the stakes at hand if they drop the game with the gap between them and third reducing. In recent weeks, superstar Mitch Creek has struggled to have his usual prolific impact on the scoreboard and will want to rectify that if South East Melbourne are any shot of toppling the Wildcats. Kendall Stephens made a big splash in Round 15 posting a team-high 20 points while veteran Ben Madgen also stood up to take control of the game. Both players will be hoping to duplicate their performances again this round to keep their finals hopes alive. It will prove to be a milestone game for Bryce Cotton with the Perth Wildcats shooting machine set to play his 100th NBL game. Cotton is no stranger to the big stage or big moments and will be looking to deliver once again while teammate Terrico White has also found some form in the past couple of games making them a deadly combo. Nick Kay should not be forgotten about able to hit the scoreboard and collect rebounds making them a well-rounded team.

It has not been a great year for Illawarra who have struggled from the get-go and the Bullets will be aiming to capitalise on their inconsistencies in hope to progress further up the ladder. Brisbane will be searching for their fourth win in five weeks showcasing the hot form they are in meanwhile the Hawks will be looking to secure just their sixth win for the season. The Bullets have consolidated in recent weeks, running the court well and sharing the load around making them a real threat to be reckoned with. To continue the round of celebrations, Nathan Sobey will make his 150th NBL appearance while opposition player, Josh Boone will play his 100th with both players looking to leave a lasting imprint in their milestone matches. The Hawks will have their work cut out for them up against Lamar Patterson who can turn on the afterburners. Patterson is a real barometer for the Bullets, once he gets started he is hard to stop, going to post, dishing off assists and collecting rebounds. Support from Sobey, Cameron Gliddon and Taylor Braun will help to set up a strong foundation for the Bullets. Todd Blanchfield has been a shining light for the Hawks this season with the captain consistently leading from the front and doing his part to post a competitive total. He will need assistance from the likes of Sunday Dech and Tim Coenraad if they are any chance to rustle their opponents feathers.

This could quite easily be one of the games of the round given how much is at stake for both teams. The Taipans have a firm grip on third spot, sitting slightly ahead of Melbourne United but the Adelaide 36ers cannot be discounted nipping at the heels of the top four. Cairns are coming off a loss last round while the 36ers will be riding high after securing a hard-fought win making it an enthralling clash between the two sides. Adelaide have proven they have what it takes to play finals and a win here could all but secure them a spot but the Taipans will be out for vengeance. DJ Newbill has been a key player for Cairns leading the way both on the scoreboard and with rebounds while Majok Deng has come into his own in recent weeks knocking back 18 points and six rebounds in Round 15. However, the most deadly duo for Cairns is Scott Machado and Cameron Oliver with the two able to single handily change the course of a game with their scoring prowess and basketball nous. Both had relatively quiet games by their lofty standards last week and will be looking to make amends against the 36ers. Adelaide are not without their own plethora of star players with the likes of Eric Griffin and Jerome Randle headlining the attack. Randle is renowned for his ability to stand up in clutch moments and deliver while Griffin is an imposing figure across the court. Daniel Johnson is another key player for the 36ers and will have to perform if his side is going to make it to finals.

New Zealand will host the inconsistent Melbourne United who have struggled to maintain their winning ways throughout the season. With a spot at finals on the line the Breakers cannot afford to leave anything to chance and must dominate from the first buzzer if they are to keep Melbourne at bay. Much like the Breakers, United will have to get on the front foot early to solidify their spot in the top four making it a do-or-die clash for both teams. Melbourne are coming off a disappointing loss and will be seeking to prove themselves against their lower ranked opposition and most importantly iron out any gaping flaws. In his 50th NBL game and career best form Shawn Long will be hoping to set the court alight with his damaging style of play, attack on the scoreboard and tenacity. Paired with the likes of fellow 50 gamer Melo Trimble the two could cause all sorts of havoc add in captain, Chris Goulding expect plenty of fireworks. The trio have plenty of potential with Stanton Kidd also developing into a key figure in the line-up and Shea Ili returning. Young gun RJ Hampton can have an impact for the Breakers while Sek Henry and Tom Abercrombie all know how to hit the scoreboard.

In the final game of the round there is plenty on the line with South East Melbourne Phoenix looking to stay in touch with the rest of the pack while the Kings are hoping to pull further away at the top of the ladder. It will be a tantalising match-up given the star power both sides have, however inconsistency has plagued South East Melbourne throughout the season and Sydney will be looking to exploit that. The Kings have gone from strength to strength and have an impressive win-loss ratio in front of their home crowd only dropping two games and winning nine giving them the upper hand heading into the clash. The hosts have plenty of options when it comes to scoreboard pressure with Jae’Sean Tate able to pile on the points along with Brad Newley and Didi Louzada. Throw in Ware and Bogut and the Phoenix are up for a tough battle but they will know how much a win here could change their season. Dane Pineau was red hot last round recording a double-double thanks to his 19 rebounds and 14 points while John Roberson is as cool, calm and collected as they come making him a game changer for the Phoenix. This game could go down to the wire so expect plenty of fireworks.