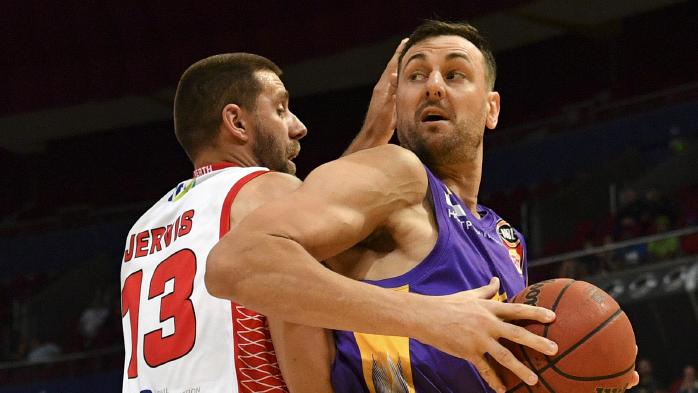 THE wait is over and after a long 2019/20 National Basketball League (NBL) season, the top two teams are preparing for a do-or-die best-of-five NBL Grand Final series. Sydney Kings hold pole position in the league and will host three of the five games at Qudos Bank Arena, with the remaining two games back at RAC Arena where the Wildcats fans will be keen to see more success.

Indeed the Wildcats have hands-down been the top performing team in the post-season series, having won four of the past six titles and making the two grand finals prior to the first of those four titles. Indeed, Perth’s record over the past four seasons has been superb, and they will be looking to win back-to-back titles with a successful series against Sydney Kings over the next fortnight. The challenge the Wildcats face is that all the titles they have won, they were the top ranked side, and in the two where they headed in the underdog – the 2011/12 and 2012/13 seasons – they lost to New Zealand Breakers. In fact Perth has not won a title fro second spot since 1989/1990 when they defeated Brisbane Bullets, 30 years ago.

It is much better news for Sydney Kings based on those stats with 10 of the past 11 champions winning from top spot. Only New Zealand’s upset of Cairns Taipans in 2014/15 broke the logic. However the two previous losses from top spot was the Kings’ last grand finals back in 2005/06 and 2007/08 where they went down to their rivals, Melbourne Tigers. Prior to the first loss, the Kings had enjoyed an era of success with a three peat from 2002/03 through to 2004/05. Having not reached a grand final in 12 years, Sydney will be hoping to start a new era of success in the NBL, and there is plenty of reasons to believe they can follow through with a title. At home in 2019/20 they are 13-2 and hard to stop, while Perth is 8-7 on the road, and while the the Wildcats are equally hard to quell at home (12-3), the fifth deciding game is in the Harbour City which gives the Kings the advantage.

Analysing the 2019/20 season, the teams have played four times with Perth winning three of those – including Qudos Bank Arena. It means that of the two losses at home for the Kings, one was to the Wildcats when they lost by 13 points back on December 28. In that match, Sydney led by six at half-time before Bryce Cotton went berserk shooting 39 points and leading his team to a 98-85 victory on the back of a 54-35 second half. Casper Ware was also a stat-sheet stuffer with 33 points himself, but had little support with only Andrew Bogut (15 points, 12 rebounds) reaching double figures, while Terrico White (24 points, four rebounds) and Nick Kay (10 points, 10 rebounds) also helped out Cotton. In the most recent game at RAC Arena back on February 1, Perth won the first three quarters to lead by as much as 16 at the final break before the Kings turned it on in the last to cut the final deficit back to 10. Cotton stood tall again with 30 points during the 110-110 win, while Kay (21 points, 10 rebounds) picked up another double-double and Clint Steindl (19 points) was promising off the bench. For the Kings, Jae’Sean Tate was sensational picking up 23 points and 12 rebounds, while Brad Newley was also impressive with 17 points and five rebounds.

In Sydney’s win against the Wildcats back on November 10, it was Ware (23 points, three assists) and Didi Louzada (28 points, six rebounds, two assists and two steals) who let loose, and the bulk of the work at the Wildcats left up to Cotton (36 points, five rebounds and four assists) and Kay (18 points, seven rebounds). The only other match up between the teams came just under a month later on December 6 when Perth won 96-77 back at home at RAC Arena. Cotton again led the way with 27 points, nine rebounds and four assists, while White (20 points, five rebounds) and Kay (19 points, 13 rebounds, two assists and two steals) were dominant across the court. No Kings player really stood out, with Bogut (12 points, eight rebounds) the best, while Tate (11 points, three rebounds) and Ware (13 points, five rebounds) the other two to contribute solidly.

Most Valuable Player (MVP) winner, Cotton has had a huge season, averaging 23.5 points, 4.0 rebounds and 3.8 assists and will be the man to stop from the Kings’ perspective. Moving up into the second most important player on the side, Kay has put together a 15-point, eight-rebound and three-assist season, while White (15 points, four rebounds and two assists) has been solid. Miles Plumlee came into the season late but has played the past nine games and averaged 8.7 points and 6.3 rebounds since joining from the NBA. Last year’s MVP in Bogut has not followed on from last season, but still had some ripping games, averaging eight points, nine rebounds, three assists and one block per game. Ware (19.2 points, 2.7 rebounds and 3.9 assists) has been strong since crossing from Melbourne United, while Tate (16/7 points, 5.6 rebounds, 2.1 assists and 1.1 steals) has been the Kings’ best across the season.

The series is likely to go the full length given both sides’ dominance at home, though Perth would be keen to cause an early upset in the Harbour City, knowing that the Kings are more vulnerable against the Wildcats there than the Wildcats will be against the Kings at RAC Arena. It is hard to see the Wildcats losing either game in Perth, so it will be up to Sydney to follow through and win the trio of matches at home. Melbourne United pushed them in both matches there, so the Wildcats will come in with confidence.